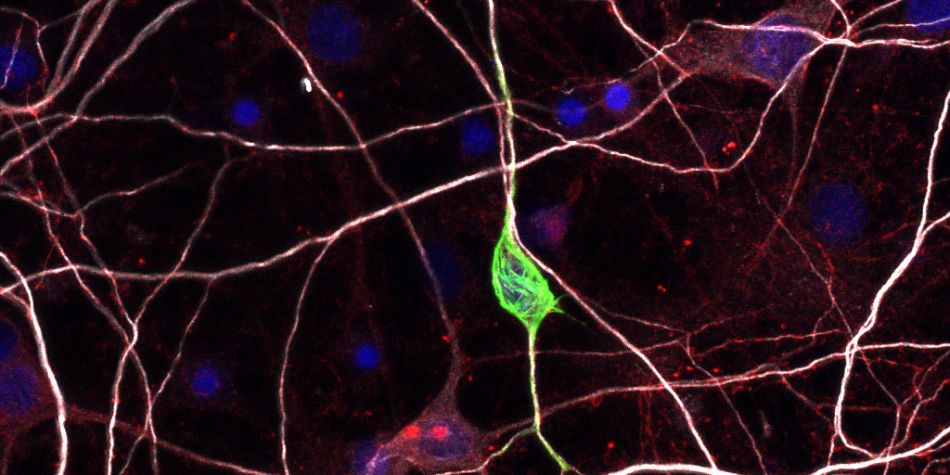 Our team was created in 2012 by the reorganization of two teams of the UMR_U911 to associate molecular and cellular expertise on the study of the cytoskeleton and its regulation by redox signaling in tumor progression. The cytoskeleton controls many processes such as mechanical integrity and epidermal cell healing, cell polarity, muscle cell contraction, hearing and balance in inner ear cells, axonal transport in neurons, and the formation of neuromuscular junctions between muscle cells and motor neurons. Therefore, defects in cytoskeletal structures lead to various pathologies such as cancer and neurological disorders. The main goal of the team is to explore the molecular basis of cytoskeletal regulation and cellular plasticity in brain cancer (glioblastoma) and neurodegenerative processes.

Over the past five years, in addition to 52 international publications in the basic and applied sciences. We have identified new anti-microtubule agents (coumarin analogue of combretastatin (patent PCT / FR2012 / 000139 Peyrot et al. 2012), a new compound for bleaching and lowering cutaneous pigmentation isolated from spider venom (EP2705830 A1 and WO 2014037111 A2 Luis et al. 2014) and a new peptide inhibitor of Nox1 now under development to treat patients with xeroderma pigmentosum (Kovacic et al. 2015).

Team members are also involved in the interactome platform PINT which is part of the Neuro-Timone Platform (PFNT AMU, 2018-2020).

To understand the cytoskeletal regulatory mechanism in diseases, to identify biomarkers and new pharmacological compounds active for cancer and neurodegenerative diseases with specific focus on tubulin cytoskeleton and associated proteins, Rho-GTPases, integrins and redox signaling.

Tau is a microtubule-associated protein that stimulates microtubule (MT) formation. In Alzheimer's disease, there is a loss of tau/MT binding and an increase in post-translational modifications (phosphorylation, acetylation and oxidation) of tau protein. Interestingly, we have recently identified, in collaboration with the GLIOME team (team 8, INP), that certain phosphorylations specific for tau proteins represent a poor prognostic marker in glioblastoma. The deregulation of the tau/MTs interaction linked to its phosphorylation seems to be a common link between certain cancers and Alzheimer's disease. We therefore study the impact of phosphorylation of tau protein and the other post-translational modifications of this protein from the molecular level to the patient in order to define new prognostic markers allowing a better therapeutic management of these patients.

We seek to decipher at the molecular level both the architecture of the tau/MTs complex and its regulation by post-translational modifications in collaboration with the teams of V. Belle, UMR7281 and I. Landrieu UMR8576. Through original interdisciplinary approaches (Spin Site Directed Labeling combined with Electron Paramagnetic Resonance Spectroscopy; SDSL-EPR and Nuclear Magnetic Resonance Spectroscopy; NMR) we characterize the complex assembly, the dynamic properties and the possible structural transitions of the tau protein solution or associated to MTs in relation with post-translational modifications. Further validation in cellular models will be addressed by fluorescence-based cell imaging methods, such as FRET and FRAP, to study these in situ interactions. Indeed, our expertise in the field of cellular biophysics has already allowed us to show that in living cells, taxol and acetylation rate of alpha-tubulin affect the distribution of Tau protein all along the microtubule (Breuzard et al. J. Cell Sci., 2013) and that Stathmin binds directly along the microtubule wall and could participate in the dissociation of protofilaments when the moving plus end of a microtubule reaches stathmin molecules (Nouar et al., FASEB Journal, 2016).

Our team has revealed the importance of the activity of NADPH oxidases (in particular Nox1) in the efficacy of anti-cancer therapies based on platinum salts. Our recent work shows that oxaliplatin exacerbates activity Nox1/Calpain responsible for the appearance of survival pathway allowing tumor cells resistance to treatment. We are currently studying the importance of this pathway with respect to the mutational status of EGFRvIII in the treatment of glioblastoma by cisplatin.

Investigation of proteins implicated in the development of proteinopathies is a necessary stop for understanding the molecular mechanisms of these pathologies that could unlock the way to new therapeutic strategies. In the frame of this investigation we study the impact of different endogenous and exogenous factors (such as mutations, post translational modifications and metal ions) on physiological functions and pathological aggregation of proteins such as Tau, TDP-43, Amyloid-β, Synucleins etc. Use of complementary biophysical methods, including microcalorimetry, spectral methods, dynamic light scattering, electron microscopy, etc. (see PINT), allow us to fully characterize not only the interaction of these proteins with different targets and potential drug candidates but also to reveal the mechanisms of their oligomerization and/or aggregation. At last we are also currently investigating the activity of two potential new anti-Alzheimer molecules which have been proven to be potent in mice models (Tsvetkov et al. JAD 2015).

With our expertise in the study of agents impacting the polymerization of MT, integrins or oxidative signaling, we continue in this direction to search for new pharmacologically active compounds for these targets in collaboration with external partners (academic or industrial). We recently selected the bioactive molecule library (Biotoxan®) from our industrial partner Latoxan in collaboration with UMR7273 for the research of new targeted antimicrotubule agents. We have identified a new active peptide and are currently developing peptidomimetic analogues.

The team is open to the scientific community for molecular and cellular analyzes of novel compounds targeting tubulin, integrins, NADPH oxidases and calpains.